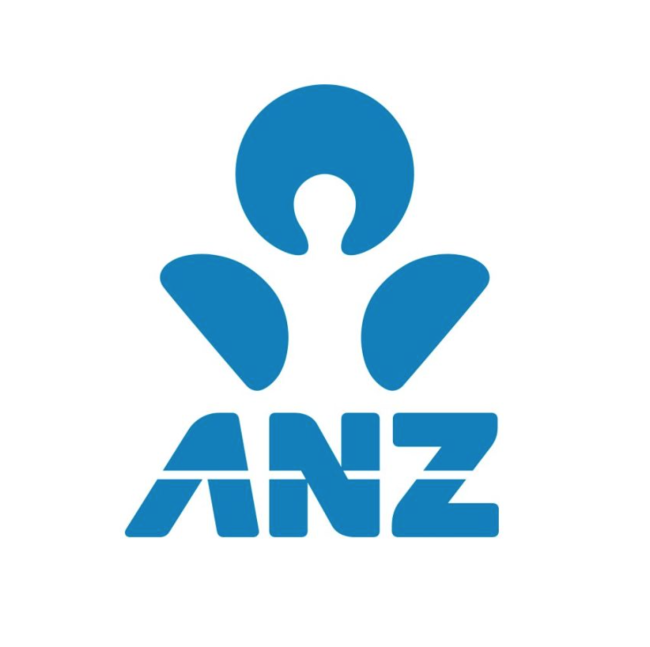 Time to retire some of your super accounts?

Why fragmented super doesn’t add up.

Australians spend over $20 billion a year on Super fees according to the Grattan Institutes 2014 ‘Super Sting’ study into Australian Superannuation costs. A figure that could be slashed if everyone consolidated their Super as the ATO urges us to.

So what do multiple Super accounts cost you and should you always consolidate?

While everyone’s situation is different the Grattan Institute study outlines some big numbers and the potential for big savings.

The study estimates the average 30-year-old today will potentially have $1million in Super if they retire at 70 based on current average contributions and inflation predictions. Sounds good, but if the same thirty year old pays fees of 1.5%p.a they could loose up to $300,000 of that potential super as the fees eat up investment growth.

The same study shows that a .5% reduction in those fees from 1.5% p.a. to 1% p.a. would cut that figure by $90,000. A big sum of money saved from trimming back the overall charges on your super. And the easiest way to do that is consolidate the number of funds you hold.

Mr Chris Kourmpatsos of Professional Retirement Advice in Newcastle suggests that anyone with multiple super accounts examine what each costs them in both percentage based fees and fixed charges.

He says: ” Different funds charge different percentages of the overall balance, switching everything into the lower fee fund makes a big difference. Also most funds have fixed admin fees – they look small, sometimes around $80 a year, but over time they really hurt your returns”.

The Australian Prudential and Regulation Authority (APRA) estimates the median fees on a typical low cost superannuation account are $532 a year while the Grattan Institute study found the average super customer actually pays $1300 a year.

Kourmpatsos says: ” With multiple super accounts you can double or even triple average fee figures, and over time those fees will cut into retirement money. The younger you are, the more important it is to reduce fees now”.

Despite a major Government and ATO push to consolidate super it’s still common to have multiple super accounts – each incurring its own set of charges.

The ATO says over 40% of Australians have multiple accounts despite the success of its Superseeker initiative which simplifies consolidation in tandem with the government’s MyGov and MySuper programmes.

If you do consolidate you can use the ASIC online MoneySmart Superannuation calculator to help assess your funds and fees. It can provide you with a graphic comparison of different fee levels over the long term.

You can also see the effect of letting a balance sit in an account without additional contributions but still paying fees.

The ATO’s figures for the end of 2014 showed a massive $8 billion in super was sitting in accounts that have not received a contribution in five years or more.

Mr Patrick Clarke ANZ’s head of Super product development and platform strategy says it’s easy to lose track quoting a study of someone with 17 Super accounts saying: “its common for people to have six or seven accounts, you lose track of fees its important to consolidate to get back in control”.

As the ATO’s Assistant Commissioner Mr John Shepherd says: “If you’ve tried to combine your accounts before and found it difficult, give it another go. We have simplified the process “.

However, consolidating accounts isn’t always the right move. Kourmpatsos says: “I usually recommend people consolidate funds for easier retirement planning but there may be reasons for staying with a fund that outweigh the extra fees”.

He says a fund’s investment performance is the first thing to look at, as maybe those extra fees are well spent. Also insurance could be a factor, Kourmpatsos cautions: ” another fund may require a new medical check up to get the same cover or may not offer the same cover “.

Also some older super funds provide defined benefits on retirement. These can be valuable and can be lost if that account is closed. So before you consolidate think carefully about which account to keep and which to close.

ASIC’s MoneySmart site has some useful tips about consolidating super and consider talking to an accredited superannuation adviser.

Resolve to send your money to boot camp instead.

It’s easier to keep Financial New Year Resolutions than those related to health and wellbeing, says Deakin University financial planning senior lecturer Dr Adrian Raferty. After all you don’t need a fad diet to reduce credit card debt or a 5am boot camp to build up your investment muscle. So what shape should your 2016 financial resolutions take?

Here we explore ideas for paying off bloated Christmas credit cards with some straight forward New Year ‘re-sets’ that will pay off in the years to come.

The Australian Psychology Society’s Annual Stress and Wellbeing Survey shows finances remain the leading cause of stress for Australians at any time of year.

So even if your only 2016 Resolution is ‘to be happier’, getting your finances toned up should be a New Year priority.

She adds “It could be that spend less to save more comes before a more complex ambition like building an investment portfolio to retire earlier.”

Dr Rafferty agrees: “You’re probably not going to be a millionaire next year so don’t write that down as your goal, but you could start saving into an investment fund that makes you wealthy down the track.”

“It doesn’t sound like much but $20 a week extra into Super could mean retiring a few years earlier plus you feel better for doing something constructive” says Bellino.

To help save, try downloading ASIC’s Money Smart Expense Tracker app, use it to list all your expenses and then make a January hit list of where you could save.

“New Year is the perfect time to get things back under control, resolving to trim outgoings is key,” adds Bellino who suggests one simple resolution to achieve the rest: “make January research month”.

For example, finding a zero interest credit card balance transfer or cancelling a gym subscription and working out with a local fitness group is an easy way to save.

Phone plans, healthcare payments and home loans are also areas where some research could help you cut your outgoings.  In fact targeting spending can help you achieve other New Year Resolutions – cutting down on expensive take away snacks may make you healthier as well as wealthier.

Whatever your ambitions for 2016, both Rafferty and Bellino say you should at least resolve to cut and control expensive credit card and personal loan debt first.

“Put the cards away and pay in whatever you can from trimming your expenses on top of the minimum payment – you’ll cut debt faster and rid yourself of that out of control card feeling which then helps you focus on other financial areas” says Bellino.

And those other areas could make a big difference long term, as Ms Brigitte Phillips  Insurance Manager at EasyPlan Financial Services highlights: “We specialise in life and income protection insurance and I always say New Year is the time to consolidate, review and compare”.

“Look closely at your Super fund’s insurance options, you may find their life and income protection cover is much cheaper than having policies outside Super. Maybe the opposite is true, either way you could make big savings. The thing is to review everything to get the best all round deal” adds Phillips.

If it all sounds like a lot to do, perhaps 2016 is the year to resolve to get professional financial advice and set up a long-term financial plan, so you always know what you are aiming for, and set your spending and savings to match.

You can also go to ASIC’s Money Smart site for simple tips and advice to help you achieve your financial resolutions.

Forget the house you are your most important asset

How to make a better job of looking after your job

If you were asked to list your most important asset, would you think to put your job at the top of the list?  After all, your job pays the mortgage and your Super. It’s your number one asset and you should invest in it accordingly.

So what is your job worth? According to The National Centre for Social and Economic Modelling in Canberra average lifetime earnings for many of today’s professional 25-year-olds will be close to $3million.

While Australians with lower paid jobs in services and hospitality will still earn over 1.6million in their working life.

That’s more than double the Australian Median Property price of $604,000 according to  ABS figures for 2015. In fact for most people earned income will far exceed what you make on property or from investing in the stock market or Super.

Mr Peter Noblet, Senior Regional Director of Hays Recruitment says: ” You should apply the same principles to managing a career as you would to managing a business. And in today’s flexible work world this applies to all kinds of work, not just executives and professionals “.

“A tradesman has a career to manage just the same as a lawyer or marketing executive – a plumber’s mate can end up as a manager in a property company while EA’s can make a move into being executives themselves” says Noblet.

From his experience of managing long-term career outcomes, Noblet suggests the key is to have a clear plan of your work goals. To improve what you have to sell by adding extra skills and, crucially: “improve your personal brand – this is particularly important in our digital social media driven world “.

Mr Michael Fertik CEO of reputation.com underlines this, saying in Forbes “many employers now make hiring and salary decisions based on people’s digital reputation.  Today you might even say your reputation, particularly online, is your most important asset “.

However, while everyone can work on their online profile there are some things you can’t control.

Mr Gerard Kerr, ANZ Wealth’s head of life insurance cautions: “most people are complacent, you start work and imagine getting your monthly pay until you decide to retire. But for many a common physical problem – chronic back pain or a mental problem such as depression can derail career ambitions and disrupt their income.”

He highlights that one in three Australians will suffer a temporary physical or mental issue that will prevent them working for at least three months or more.

” Many people don’t realise they can take out Income Protection Insurance. It’s relatively simple and usually tax deductible. When you stop and think about managing without your income for even four or five months it should be on everyone’s to do list “says Kerr.

The fact is income protection is on very few to do lists – Insurance Council of Australia figures for 2014 show only just over 6% of Australians have protected their earnings with Income Protection Insurance – sometimes known as Salary Continuance Insurance.

Kerr says many people mistakenly believe their Superannuation insurance provides the support they will need if they are forced to stop working.

“The problem is not all Super provides insurance and when it does the cover provided is often insufficient.”

Also Super insurances are usually only paid in extreme circumstances – death or total and permanent disability.

“A temporary incapacity is much more likely, six months out of the office managing a back issue for example” says Kerr.

“Remember if you can’t work you go from contributing income to your household to draining income out – it’s scary when it happens, particularly when you can’t just go out and a find a new job” he adds.

ASIC’s MoneySmart web site has a useful guide to income protection, who it suits and level of cover available.

It’s common for a policy to provide up to 75% of your income for up to two years with a waiting period of 30 days.  But cover and the cost of a policy can vary widely.

So if you’re thinking of protecting your most important asset spend some time checking your options and consider getting professional advice on the most appropriate cover.